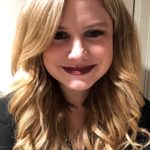 Audra Gentry was born and raised in Albuquerque, New Mexico. As a player, she played at Sandia Preparatory school where she was able to be a part of a State Championship team in 2004, and as well earned  All- District 2002-2005, All-State 2003-2005, Most Valuable Player 2004 & 2005, and 1-3A Metro Player of the year in 2005. She went on to play for Southwestern University in Georgetown, TX, where she became one of the first players at the University to earn  SCAC Conference Player of the Year two consecutive years in a row, 2008 & 2009. She also was Third Team All-America in 2008 and Second Team All-America in 2009, and broke two school records as an outside hitter. As a coach, Audra started coaching club in 2009 in Austin, TX. When she moved back to Albuquerque in 2011, she became the Varsity head coach at her Alma Mater, Sandia Prep. Of the past seven years as the head coach, she held a 127-44 coaching record, a .65 win percentage. Of those 7 years, her team was in the State Finals 5 times, with 3 consecutive State Championships. Four of her student athletes have gone on to play collegiately, one in Division 3, two in Division 2, and one player, Cat Kelly, in Division 1. This year she has decided to step away from the high school coaching scene and jump back into the club scene, as she will be the head coach of the 17/18s team.