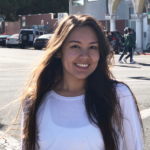 Coach Dynah Smith moved to Albuquerque two years ago after living her whole life in both the Bay Area of California as well as Orange County, California. Growing up, she was surrounded by volleyball and fell in love with the game. She was a three sport varsity athlete in high school and continues to play volleyball in various leagues throughout the city. This will be Coach Dynah’s 2nd year at ARVC, though she has coached two years previously at ABQ Volleyball. She has also coached at St. Mary’s Catholic School and is currently a coach for Sandia High School.Coach Dynah previously attended California State University, Fullerton and is now attending UNM for international business. Along with attending school full time, she also works as a bookkeeper at Empire Accounting.“If you aren’t going all the way, why go at all?” - Joe Namath