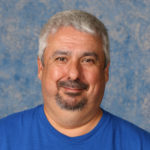 Geoff is from Houston, TX and currently resides in Albuquerque, NM.
He is married to Coach Lisa Beauchene-Lawson, (Head Coach of 18N1) and they are the proud parents of three year old Brooke.
Geoff started his volleyball career as a setter at Colorado State University and finished at Sam Houston State University. He continued to compete in the men's division at USAV Open Nationals after his collegiate years.
Geoff started his coaching career in 1996 at the junior level with NASA Juniors. Geoff’s time in Texas included coaching Club Texas Boys program at the 16’s and 18’s age groups in addition to coaching at Clear Lake HS with the boys Junior Varsity and Varsity teams. He spent two years as an assistant coach at Alvin Community College in 1998 and 1999 and then at Sam Houston State University in 2001 and 2002.
From 2009 through 2017, Geoff served as head coach and club director for New Mexico Juniors. During his tenure at New Mexico Juniors and ARVC he has coached numerous teams to appearances at USA and AAU nationals.  He has coached athletes who have gone on to compete at the collegiate level, but his proudest achievements is the number of former athletes who are now giving back to volleyball and have become club, high school, and college coaches.
Being a lifelong student of the game, Geoff annually attends multiple coaching educational programs and works with coaches of all levels nationwide at improving his knowledge base in order to bring new and innovative techniques and ideas to area players and coaches. He is trained in instructing all skills, and teaching high level techniques to all ages and experience levels.
Geoff is in his 25th total and 4th year of head coaching at ARVC.
Geoff holds USAV-CAP2, AAU-PCI, and multiple Art of Coaching Volleyball certifications and was a finalist for the 2015 Positive Coaching Alliance Double Goal Award.

"When you know your WHY, you’ll know your way” Michael Hyatt