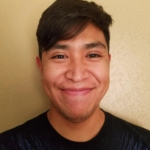 Born and raised in Albuquerque, New Mexico, Coach Justin Trancosta is currently employed with Sandia Resort and Casino and has been a Count Team Member for the past 4 years. Coach Justin started his volleyball career competing at the adult level with Team Tribe Volleyball Club and participating in local volleyball leagues. Coach Justin competed at the USAV Open National Championships every year since 2011 at the Men's BB level. His talent as an outside hitter brings a skillset that enhances players' transitions and power. This is Coach Justin's 3rd year with ARVC, where he will be training and assisting a 14 National team alongside Coach Minh. He holds a USAV-IMPACT certification in volleyball coaching.

"Impossible is nothing." Unknown