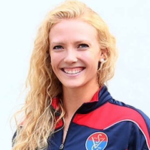 She comes to ARVC after coaching 4 years at Kingsport Volleyball Club in Tennessee and the All American Team Camps during the summer months.

Meredith joined the coaching ranks after an eight-year playing career at the collegiate and professional levels.

Meredith is entering her 2nd year at ARVC.