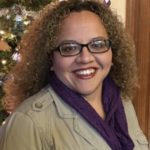 Senobia is entering her 10th year at the organization. After starting her affiliation as a parent of a player for two years, ARVC quickly recruited Senobia for her administrative, payroll, and program planning skills. She volunteered in 2007 and 2008 before becoming a full time administrator.

Since 2009, Senobia has managed facility schedules, coaching assignments, marketing, fundraising, and community involvement and has led ARVC to many milestones.

She has also increased fundraising efforts. In her first year at the club, she significantly improved a fundraising deal that gave parents an opportunity to earn commission for working a concession stand at the Albuquerque Isotopes baseball games. In the first year, parents were able to work at 20 games. This year, parents had the opportunity to work every game. She also added fundraising opportunities like working concerts at the Isleta Amphitheater, and selling banner ads, candy bars and candles.

"I am a firm believer in honesty, integrity, work ethic, humility and respect for others. It is my goal to instill these values in our youth athletes" says Szuch.

Senobia, a Rio Rancho, New Mexico native, is also an administrator for The Athlete's Playground (TAP). ARVC's partnership with TAP has improved physical fitness and vertical jump training for the athletes. She also does software development and repairs for Fixamac. Her daughter, Catalina, played at ARVC for 6 years beginning in 2007 and is started her first year of coaching in the 2016 season.