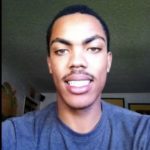 Coach Terrance Hogans is from Los Angeles California and is now a New Mexican!

He attended Garey High School and Cal State Northridge for College. He's been playing for 18 years and has had quite the volleyball career! He played for Riptides 949 Athletes as a Outside and Opposite Hitter. During his 18s year, in 2008, his team made it to the Junior Olympics where they finished as Gold Medalists!

He loves sharing his knowledge of the sport to athletes who have the drive and want to learn. This will be Coach Hogans' first year coaching for ARVC and we are so excited to have him.

Coach Hogans' Words To Live By -