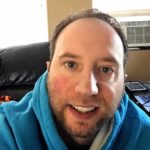 He recently moved to Albuquerque from Colorado Springs, CO in the summer last year and is excited to start with ARVC this season.

Matt played college volleyball at the University of Iowa and at Clarke College where he mostly played setter and outside hitter depending on what the team needed that year. He earned Academic All-Conference while at Clarke College.

In Iowa, he coached for Iowa Rockets VBC where he helped several teams as both a head and assistant coach.  Once he moved to Colorado Springs, he joined Colorado Juniors VBC where he had been for the last 12 years. While at CJVBC he was the libero/setter specialist while also working closely with all hitters, as well as organizing many of the youth programs. He was the coordinator and lead coach for all ages from 7-18. He also worked one on one and in small groups with private lessons for all ages and all skill levels.

As a coach at CJVBC, 17 of his teams qualified in 11 consecutive seasons, with 10 of those teams being in the open division at nationals.  His highest open finish was 7th place.

His goal was to help players learn to be competitive at both the local and national level.

He is entering his 22nd year of coaching, and 14th year of club coaching. This will be Matt's first year at ARVC.