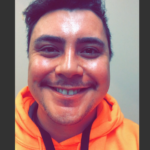 Ramsey Kane, from Honolulu, Hawaii is returning to ARVC as the 14 National 2 assistant after coaching at ARVC in the 2017-2018 season.

Ramsey has been playing volleyball for 13 years. He played in Honolulu for Ku’ikahi and Pure Aloha Boys Volleyball Clubs and Kamehameha Kapalama High School. A pre-existing knee condition prevented him from playing college volleyball at the University of Hawaii.

Ramsey moved into the coaching ranks after finishing high school. He coached two years of boys club volleyball in Hawaii and one year at ARVC in the 2017-2018 season for the 15 Regional 1 team.

Ramsey has also developed talents off the court. He was named the 2014 and 2015 Merrie Monarch winner for professional hula dancing. He now works at Blue Cross and Blue Shield of New Mexico as a clinician reviewer for the Medicaid Centennial Program.

“The road to greatness is not marked by perfection, but by one’s will to overcome adversity and failure.”