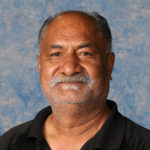 Born in Aoa, American Samoa, Coach Tavake Misailegalu resides in Albuquerque, New Mexico where he is semi-retired from the United States Army.

He is currently employed with ARVC and is a volleyball official with the New Mexico Athletic Association (NMAA). Coach Tavake started his volleyball career while in the military, competing in many areas of the world (Europe, Far East, U.S., including Hawaii) and continued in various regions under USAV (SC, PM, AH, RM). He has been coaching for more than 15 years, starting with the US Army overseas (both men’s and women’s teams) and TG Sandhausen Junior Volleyball Club.

While stationed in Hawaii, he was head coach of Hawaii’s Army team for 4 years. This past summer, Coach Tavake took the leading role and established ARVC inaugural Sand Volleyball Program. His dedication and detail to success has made this sand program contribute positively to young volleyball student-athletes. Coach Tavake will be entering his 11th year with ARVC.

“When the student is ready to learn…the teacher will appear. Never look down on someone unless you’re offering to help them up. STAND UP…LOOK UP…NEVER GIVE UP!” - Tavake Misailegalu